Finding a Cure For Mundanity

This is an internet-based BBS (bulletin board system), much like the kind one would connect to via dial-up during the '80s and '90s before the internet became mainstream. Bulletin boards were a fun, popular way for users to connect, post messages, download files, and play online games.

This BBS aims to recreate each of those experiences.

This is a friendly BBS, with friendly users. Being a form of on-line community, some very basic rules are in effect for all users:

Things are fun, friendly, and laid back here. These rules are in place to help ensure it stays that way!

The easiest way to access the BBS is to use use your web browser.

A desktop browser is needed to access the web BBS client.

You can also connect via telnet using a terminal program such as SyncTERM. It runs on Windows, Linux, or macOS, and resembles the fancy old DOS terminals from back in the day. It runs faster than the browser terminal does, and can be run full-screen.

Once you install it, just point it to conchaos.synchro.net (it may already be listed in the included directory), using either telnet on standard port #23 or SSH on port #2278.

If you have an Android phone, there are several terminal clients available on the Google Play store, such as ConnectBot.

There is also a client named Termius on both Google Play and the Apple Store.

Apps for mobile devices tend to be, well, weird. So your mileage may vary with these methods.

If you're into retro-computing (and why wouldn't you be?), you can even connect to BBSes from older computers like 486s, 386s, IBM PCs, TRS-80s, or even Commodore 64s using specially designed RS-232 devices via telnet.

If you're interested in putting yourself through such a thing, these links may interest you: 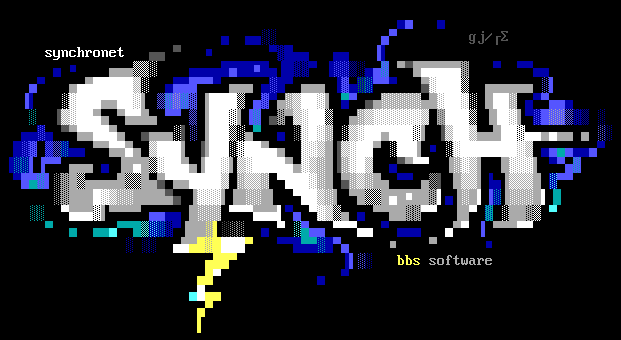